This boyo is a different sort.  An imperial space marine backbanner with a chaos icon.  I do like this icon.  The head is an OOP head, I believe from a raptor, but its one of the coolest chaos heads out there. 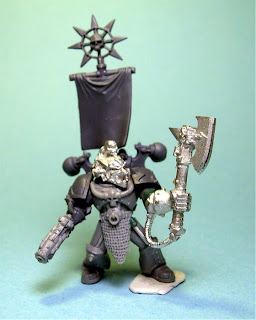 The arm is from an OOP terminator.  Again a simplistic conversion, but one that looks and feels like a cool character. 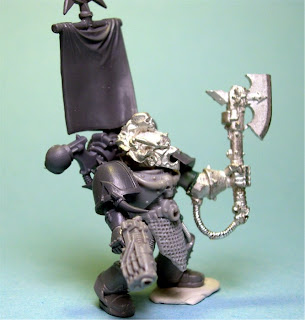 After looking at last months Old Stuff Wednesday and my wargame against Butcher's Nurgle Legion, I knew I had to model something with a back banner.  I'm definitely going to carry that over on my loyalist when I get a chance.
Posted by PsychosisPC at 6:58 PM