I have no real interest in keeping these 3 so they are up for sale.  They are rather old sculpts and definitely not my favorites when it comes to Vikings, but I think my paint work came out well on them. 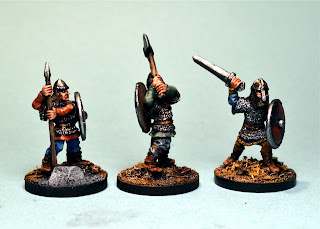 The poses are definitely showing their age in my opinion.  The Axe man is alright. 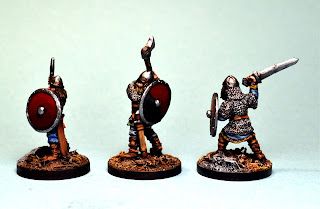 I left the flocking off, for next Owner to decide.  Sometimes on my figures when I'm selling things off like this, I wonder if I should not just go ahead and floc them. 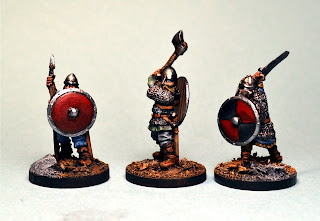 As always much more to follow.....
Posted by PsychosisPC at 7:20 AM No comments:

This is another Arthurian miniatures from Saxon Miniatures.  Kind of a cool looking miniature.  I did convert it slightly with a plastic spear from another kit. 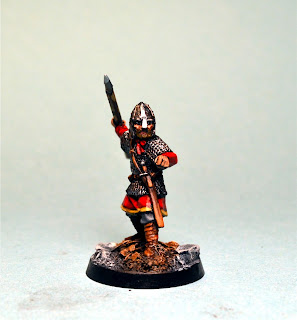 As with the other Arthurians that I have painted, I think the heads are a little on the large size. 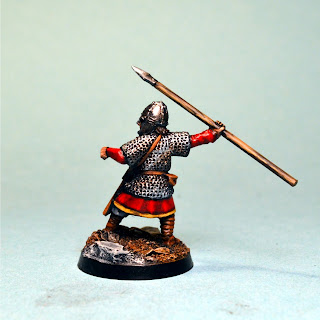 Other than that the miniature is very nice, and paints well.  Arthurians are really not something that I'm interested in, so this miniature is going up on eBay for sale as well. 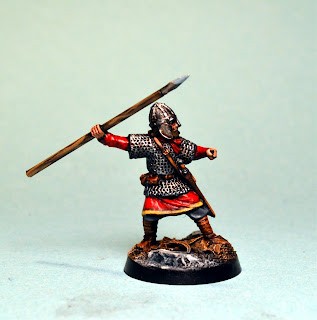 As always much more to follow....the Saxons from the previous post have cleared the WIP desk, and been replaced by another batch.
Posted by PsychosisPC at 10:00 AM 4 comments:

WIP on the Desk

Well, I'm making some progress with a lot of stuff on the desk, mostly Saxons and Vikings and support troops for both.

I threw into this group one of the Saxon Miniatures' Viking Warlords.  Its a cool miniature and will look good as part of my Viking army. 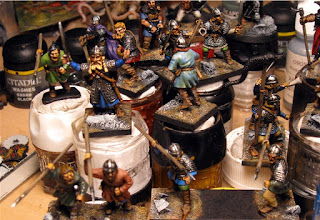 Below you can see some more of the Saxons and some of the Gripping Beast support figures made from their plastic Dark Ages.  In the background you can see a Blood Rage Viking, cool figure.

Below are more of the dark ages figures, mostly slingers.  I've been reading a little bit on Gripping Beast's no large warfare rules set Swordpoint.  The 20mm square base should work out fine with some movement trays for that and WAB, Saga, Hail Caesar, etc. 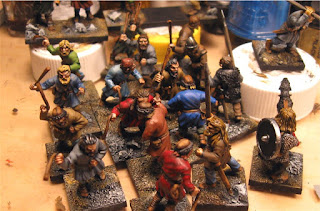 With these I've been playing with the Secret Weapon's washes.  They work pretty well.  Probably as well as anything else that I have used.
Posted by PsychosisPC at 5:00 PM 1 comment:

If you have followed the blog for a while now, you will know that I like these Werner Klonke sculpts, even though they have some huge head-dresses.  This is the last one that I have.  I painted while painting the Inquisitor from the previous post. 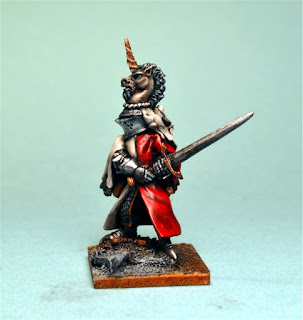 As you can see, the knight shares much the same color scheme as the Inquisitor. 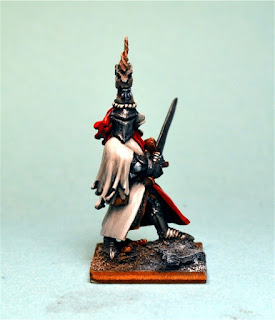 It is a fun easy miniature to paint.  It definitely has some cool dynamics to it. 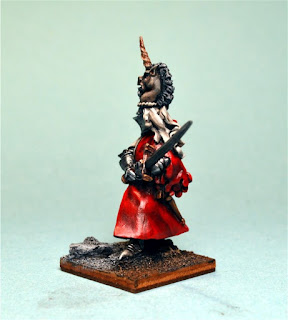 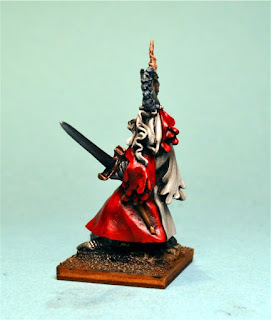 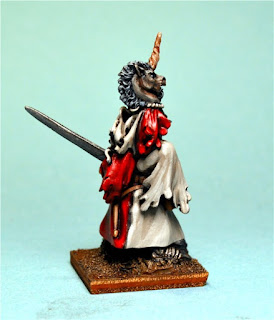 I was not really sure, how I wanted to paint the unicorn head at first.  Then I decided on the gray-brown tones. 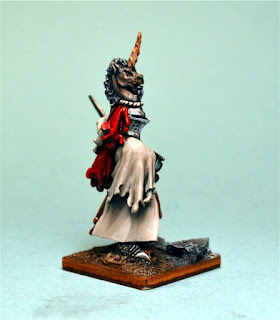 Posted by PsychosisPC at 7:23 PM 2 comments:

The Inquisition has returned...

Its turned cold here in the north, so I'm back at the painting table and putting in some work with all my other stuff now garaged up for the winter.

This miniature has been in my collection for years as bare metal then on my desk unfinished.  I felt sad for it......errrr....no I didn't, but it sounds good....so I thought it would be a good to finish it up finally. 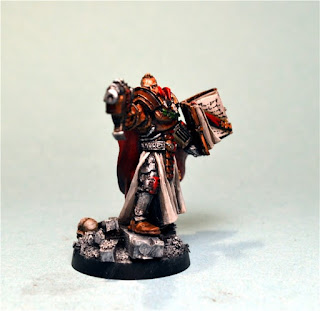 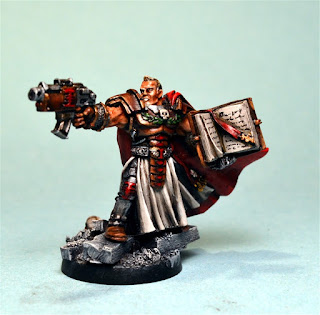 It's a nice mini.  I had a bit of fun with the base.  Those concrete beam pieces are leftover resin sprue. 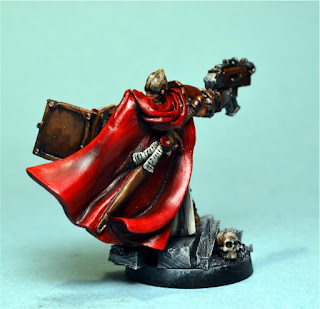 I went back to tried and true red for the cap. 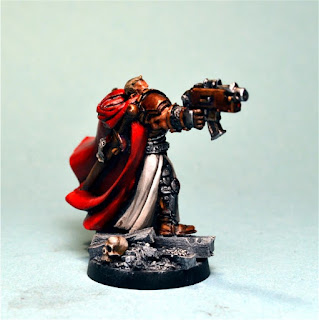 The skull is from Secret Weapons I believe. 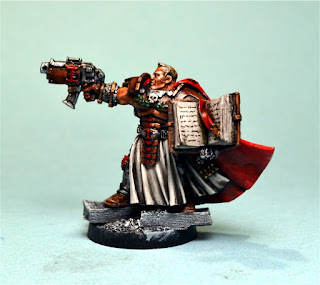 Good pic of the book.  Got a bunch more coming.

Posted by PsychosisPC at 5:50 PM 6 comments: