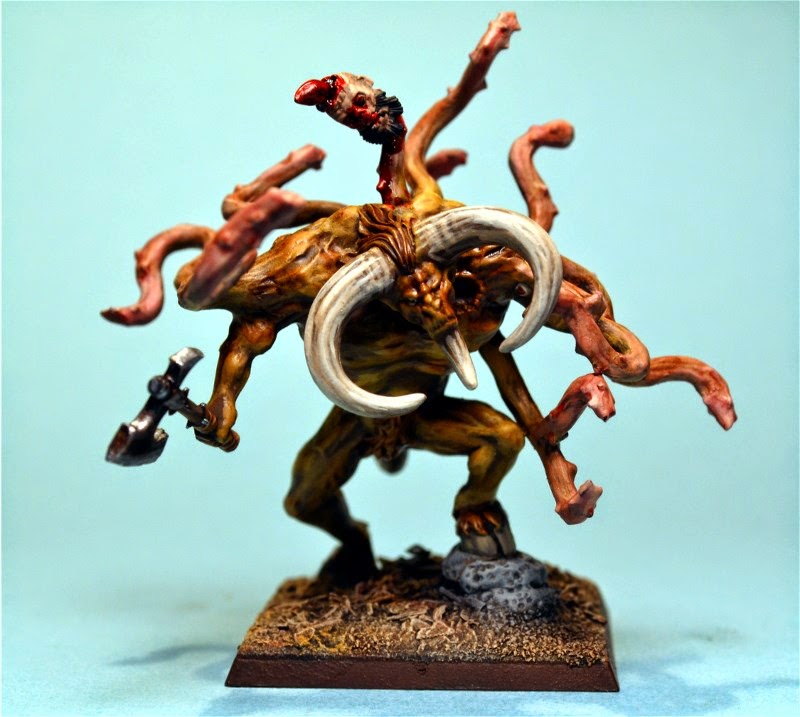 Well been a while since my last post.  I'm recovering from injuring my back working around the homestead which consequently screwed up my racing for a couple of weeks, but has allowed me some time to sling some paint on a chaos spawn that has sat on my desk for likely 6 years.  As chaos player that likes the looks of spawns, I can never have enough of them. 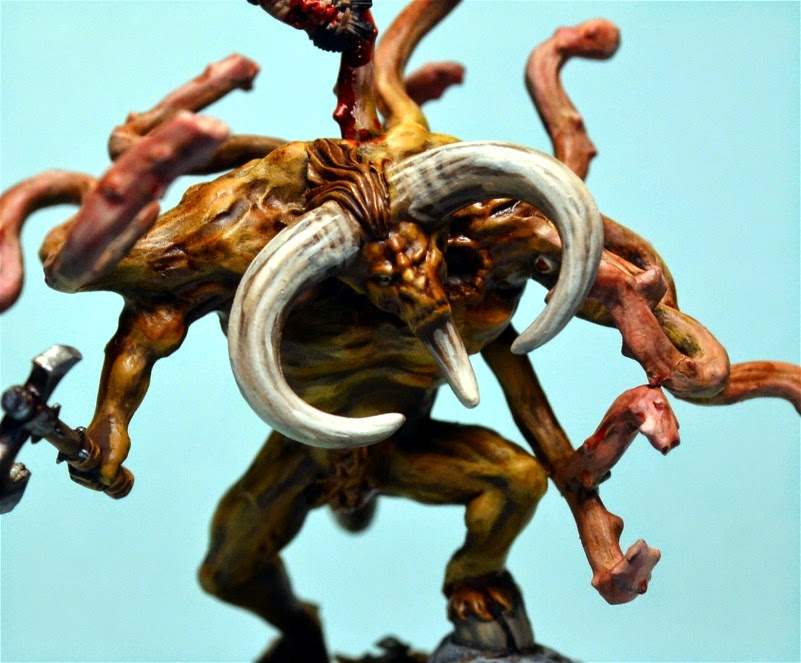 I've been playing a bit with my new Nikon DSLR camera, and wow is it something else.  Definitely has more capabilities than I will ever likely use.  The video it takes just about as awesome and the I must say the burst capability is very cool at the race track.

This is the very first miniature that I have photographed with the new camera.  It is likely I will figure out some different things as i go. 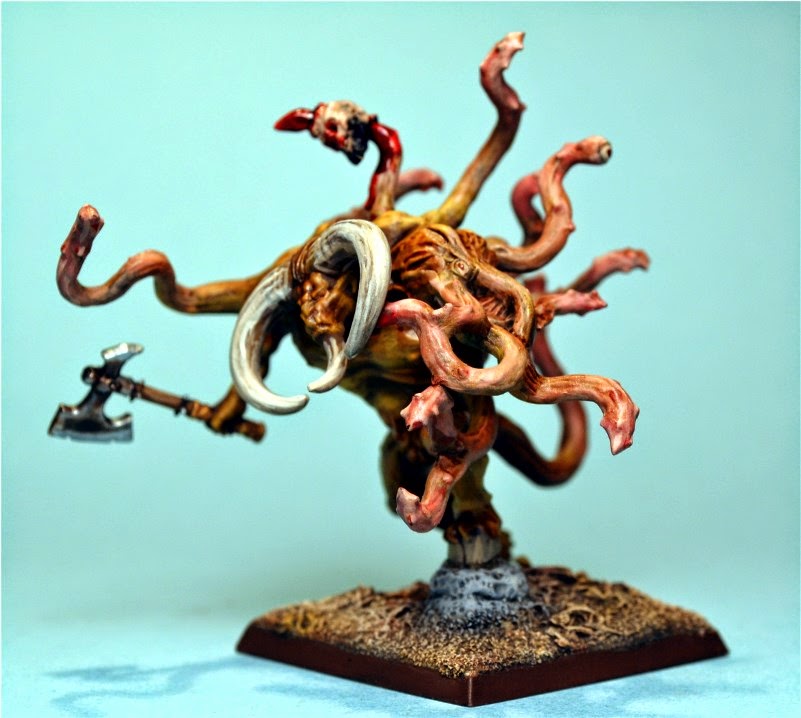 Anyways, onto the miniature.  I converted this one just slightly thousands of years ago and then it sat in primer for a half-life just mutating further. 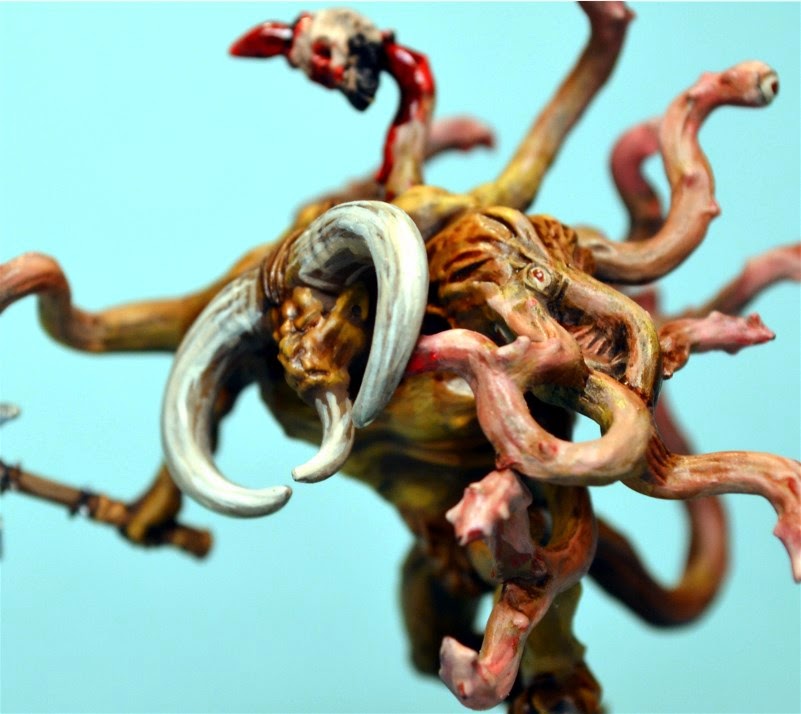 The paint work matches my current chaos army in detail level and quality.  I still need to work on the eyeballs a bit.  And I also need to add the static grass and such to the base. 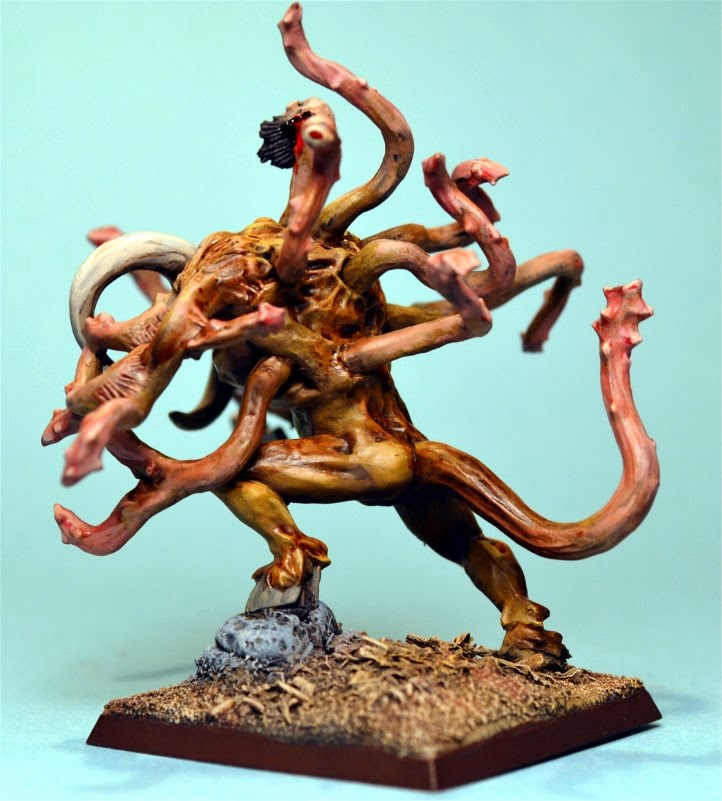 I had a bit of fun on the head.  The rust on the axe I think works. 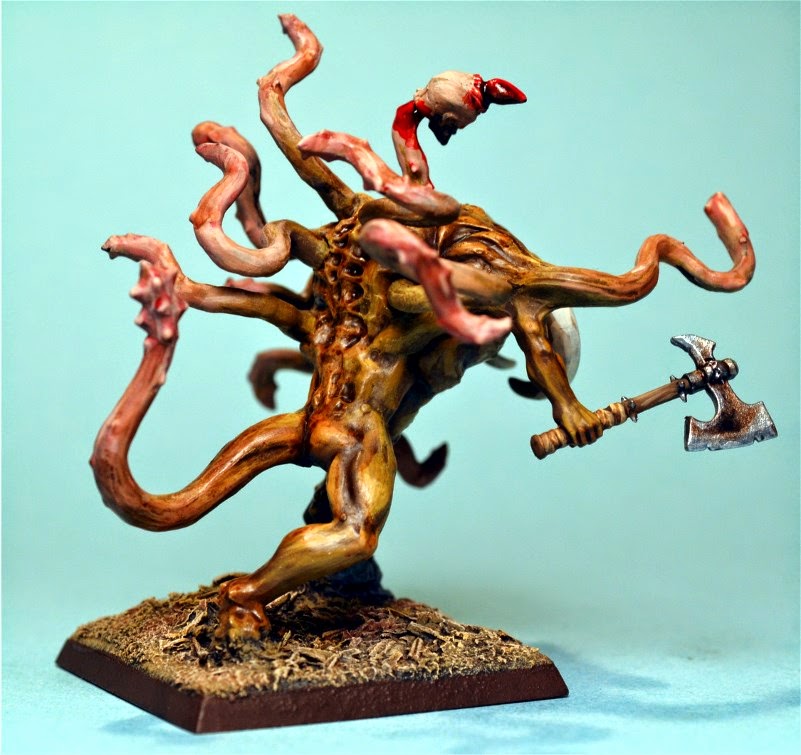 There you go.  Expect a few more pieces soon....

Posted by PsychosisPC at 4:00 PM 3 comments: