More of the Black Orcs! 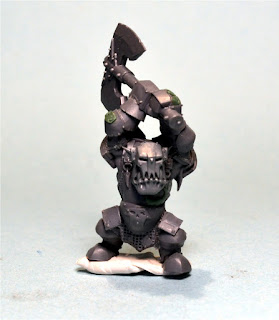 Well yea....this guy is pretty plain.  What's wrong with me?  I do like the head. 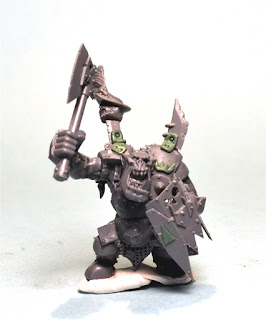 Yea this was what I was going for in bashing 'da Humies! 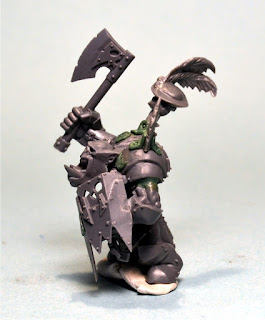 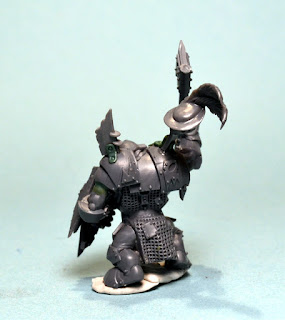 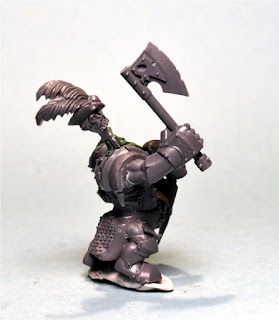 And then there were more glyphs..... 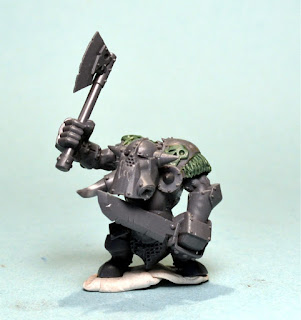 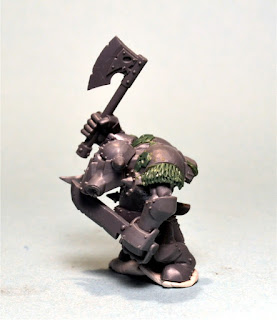 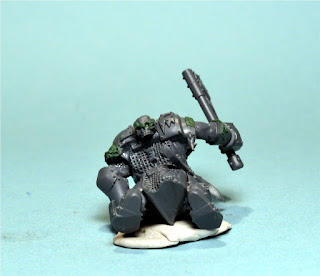 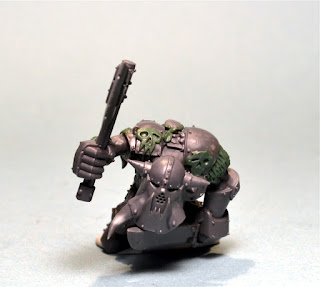 Murder and mayhem do not make for boring orcs.....ever. 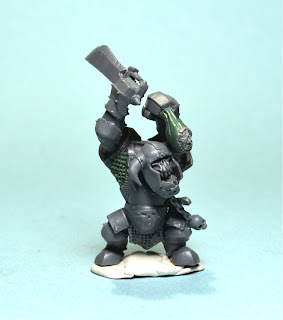 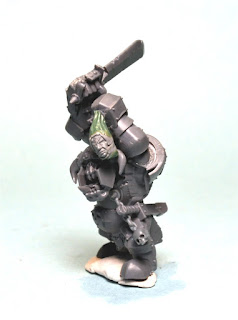 With the demise of WHFB, my orc army bashing 'da humans is never going to see the light of day.

These are a batch of my Black Orcs.  I have ton of these guys modeled up and will be looking to send them to a good home at some point.

The idea was to make them a bit more dynamic.  In 2008....errr....yea it was that long ago, I won the Chicago GT Best Appearance with my Khorne Demon army, and Dave Taylor who at the time was working for GW asked me what army I was going to build next and I said orcs.  Well I think he gave me as the prize 20,000 black orcs.  Well maybe I exaggerate a little. 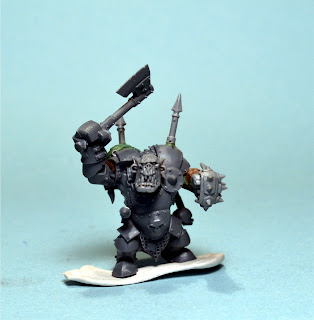 One of the cool things with Blorcs is the extra skull bits and that you can use Ogre bits like the fist piece on this one quite easily. 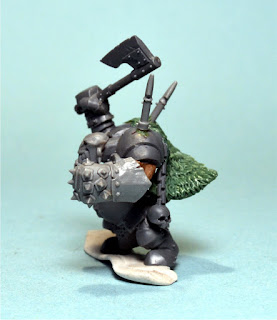 There is also room in the back for doing capes or furs like this one. 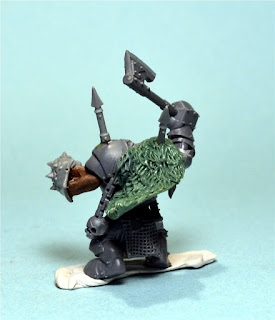 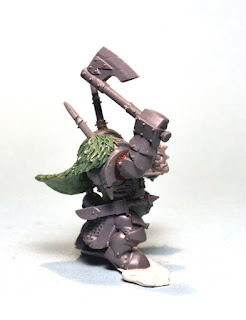 Another thing I was playing with alot was adding blades and spikes coming off of the armor. 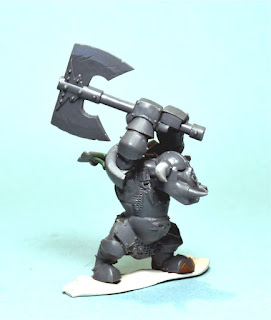 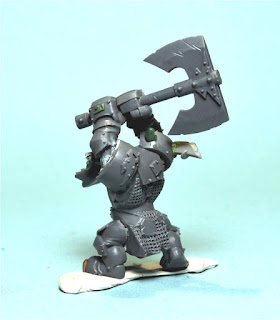 The goal as I was building was as always in my army building is to attempt to not repeat a model. 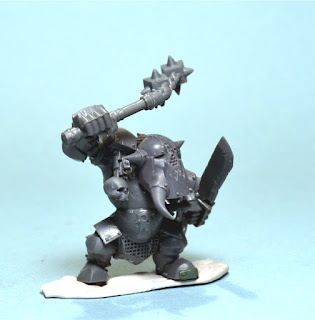 This one uses a weapon piece from the Empire Flagellants. 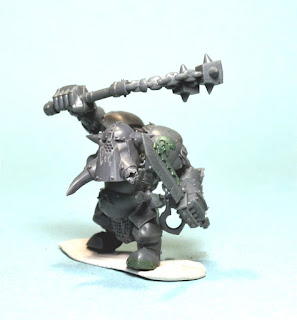 I also started putting skull glyphs, and dag glyphs on the models. 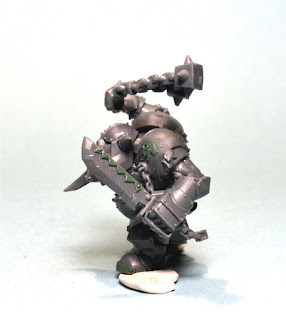 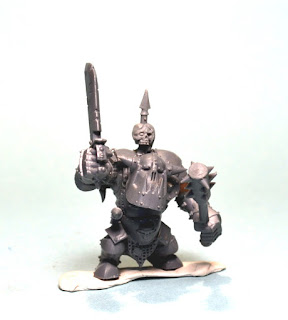 More fur with a chaos spike. 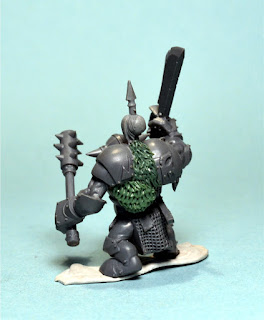 Wow....its been awhile now hasn't it?  Well I'm still in recovery mode, but getting much better.  I even got out quite a bit on the race track, won some races, ran pretty fast.  Still adjusting to the balance issues and hearing loss. My taste buds are dull, but getting better.  Facial nerves appear to be healing.  I definitely do not recommend brain surgery for anyone, but if you have to have it done, well then Mayo Clinic in Rochester, MN is the place to go.   And, quite frankly the changes that Games Workshop made to Fantasy didn't help my motivation to get back to Warhammer.  I absolutely have no interest whatsoever in Age of Sigmar.  There is nothing anyone can say or do that will change my mind on that.  With that note, I've trashed just about all of my Warhammer plans.  I'll be switching gears back to Vikings and probably some 40k models.  For the most part its back to modeling and painting, probably no gaming.  With the loss of hearing in one ear it really makes it difficult for me to hear in loud convention halls.  I do have a new Iwata Airbrush that needs to get broken in.

And with the blog, I will also be dragging along that Facebook page that I created for the workshop.  It will eventually get some of its own content also.  If you have not been there, check it out:   https://www.facebook.com/Madhouse-Workshop-997433986940549/?ref=hl
Posted by PsychosisPC at 7:45 PM 10 comments: