I think I'm burning the fuse at both ends again.....

My building of orcs right now is two fold, one army for myself and another for someone else, similar construction yet differnt all at the same time. Lots of fun, wicked, and crafty things going on. I'm also working on some rats for someone, and finding them interesting, working a war litter. Here are a few WIP shots: 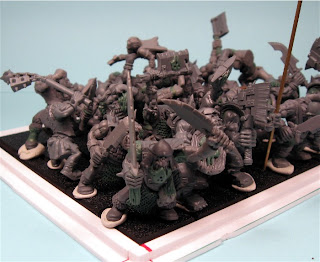 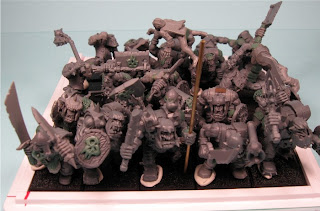 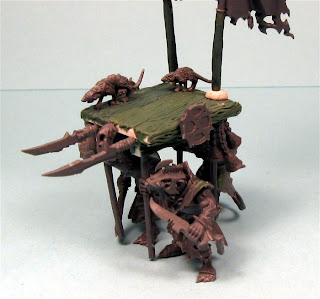 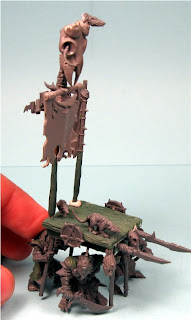 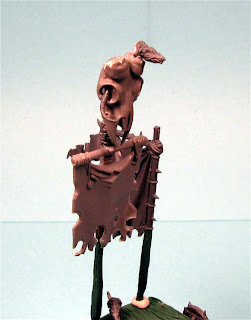 Much more to follow of all of these things and more.
And dang, I have not gotten around to shooting the Romans yet, still need to put the static grass on, then they are ready. The debut for them will be at Adepticon alongside Mike Butcher's Greeks.
Posted by PsychosisPC at 10:07 PM 2 comments:

The unit of beasts of Nurgle are completed. This has been a lot of fun, I'm sure my future nurgle pieces are going to be influenced greatly by this work. The Forgeworld pieces are incredibly detailed and I think I was able to match their style prettty well. 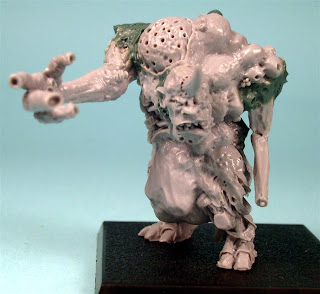 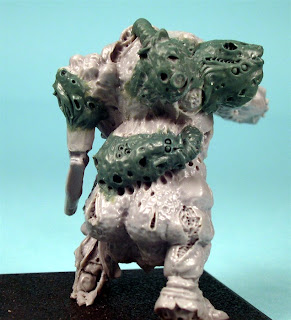 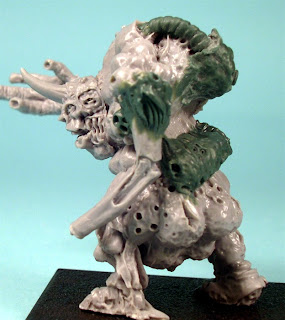 And here is the pic of the complete unit. The models are huge, and were based on the 50mm bases instead of the 40mm.

Posted by PsychosisPC at 5:56 PM No comments:

Drew Brees in the shower...

I read a lot of sports pages on-line and don't minde watching the former Big 10 QB playing on the field, but I DON'T NEED TO SEE HIM TAKING A SHOWER. I am officially creeped out by that pop-up advertisement over at Yahoo Sports and a couple of other places that suddenly takes over the whole screen. I'm sure that there are plenty of ladies that don't mind, but what percentage of their readers are female. Maybe need Danica to win the 500 one day very soon.

Chris Berman’s contract with ESPN expires May 10, his 55th birthday, and he may be going to NFL Network or to Direct TV......I say Go, go, go, go, go...and don't let the door hit you in the arse on the way out, and take Stu Scott with you. This guy has become a lame cartoon character and I turn off the four letter channel when he comes on anymore. He would be right at home at the NFL network and their horrible in house broadcasting programs.

Thank goodness Daytonna is back, I need time off from the NFL.
Posted by PsychosisPC at 7:08 AM No comments:

Here are some pics as promised. And to recap...Went to Waupaca to play one of the biggest events in Wisconsin, the Waaghpaca Warhammer Fantasy Tournament this past weekend, put on by Bear and the [not-so]Handsome Point Boys. I came away with best appearance or in this case 'da Snazziest boyz award and this funky trophy helmet..... a 1:1 Metal Orc Helmet Heres some pics of the trophy: 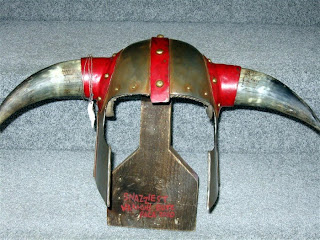 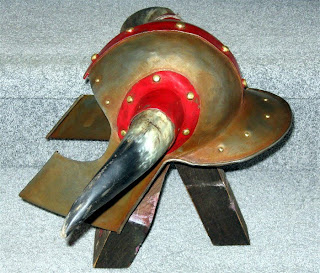 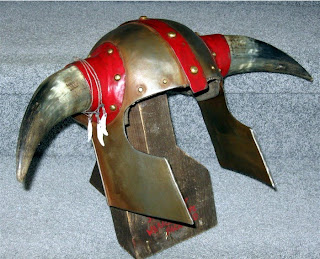 Posted by PsychosisPC at 8:23 PM No comments:

Went to a tournament this past weekend, Waagghpaca in Waupaca, Wisconsin, run by Da Bear of Point Hammered podcasting fame. Had a good turnout with 38 players. Bear made all kinds of great looking trophies for prizes. Took my Khorne Demons army in to play, scored a very low composition score of three which means I'm a cheeesy basterd, but quite honestly I need a crutch as I'm not a very good player. We played five games over the weekend, three of mine were against Vampire counts two of which had composition scores the same as mine. Magic and shooting are the bane of the Khorne demons the way I play, but I did alright finishing 2-2-1, with my two wins being against Vampires and the draw against a tooled up Warriors of Chaos army. I was completely shocked by the lone skaven army I played, I think the screaming bell and doom wheel are little bit broken, but that's my initial thoughts. Great time though. I finished tied for fourth overall, won "Best Appearance", and tied for the largest margin of victory which just happened to be against a Vampire Counts army that had a comp score as low as mine. Pictures of the ultra orc helmet that I won will be coming.

On to Kurt Warner. Very often I'm banging on guys in sports that do or say stupid things or are generally just bad guys. Its easy to do because they are easy targets. Kurt Warner on the otherhand for all general appearances, appears to be one of the genuine good guys, very much grounded. He retired this past Friday, after another great season not even shedding a tear in his press conference. He's always appeared at least from what I've seen to be a very humble person who had to earn everything that had. I've enjoyed watching him over the years, and will certainly miss the way he plays.
Posted by PsychosisPC at 9:51 PM 1 comment: