Now I'm normally not a dwarf lover.  I generally dislike all elves and dwarves, but the Avatars of War dwarves I do like.  They are very nice looking miniatures, and heavily muscled. 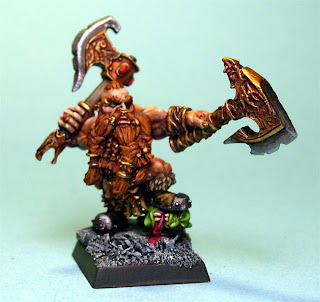 I started painting this miniature a couple of years ago.  I experimented greatly with the fleshtones, actually using a purple paint wash for everything in the shadows. 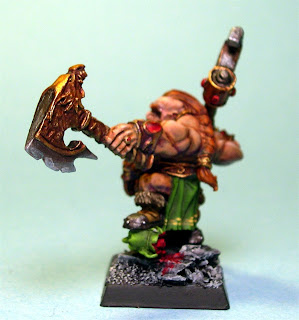 The purple definitely added a nice cool tone in the shadows of the miniature. 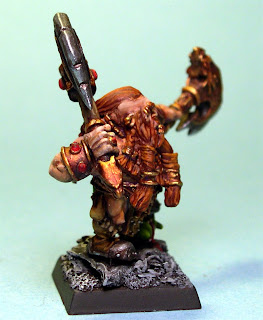 In hindsight, I should have used a different color for the cloth, too close to the goblin. 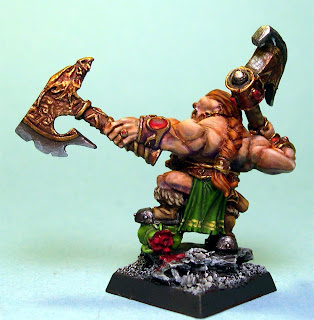 I think the red hair worked out pretty good.  The bronze metallics got a good weathering, that is about 5 shades of different colors highlighted with a gold. 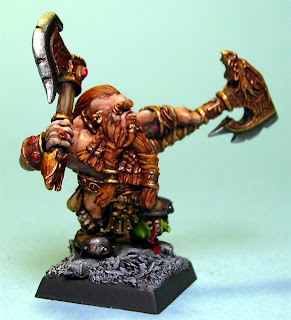 The eyes are painted, but they are so deeply set in the head. 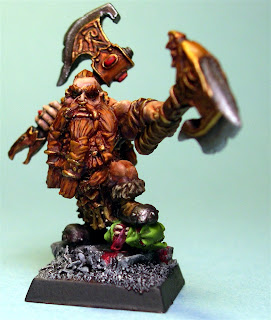 I like how the goblin head came out.  Love the green.  There you have it.  Entered it in the Adepticon Paint contest, but I knew that if everyone showed up it would not even come close to placing.

Posted by PsychosisPC at 8:58 PM 5 comments: 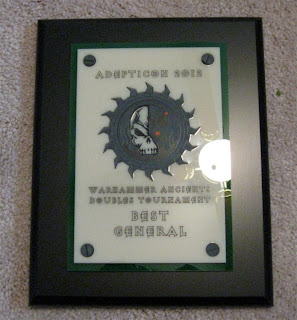 So there you have it.  Sorry no pics, but checkout all of the blog links I posted up, as they will have some and besides they are great blogs, that I recommend.
Posted by PsychosisPC at 6:36 PM 6 comments:

Just got back from a long drive home from Adepticon.  Had another great time at the best War Gaming convention in America.  Played WAB all weekend and even brought back a trophy.

More on all the events soon.
Posted by PsychosisPC at 10:46 PM No comments: 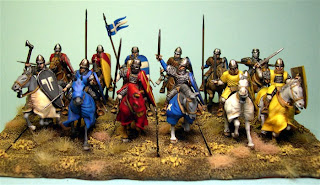 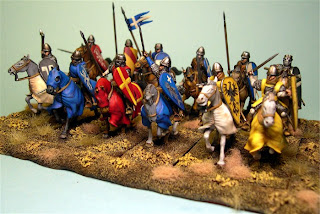 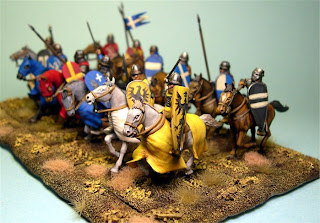 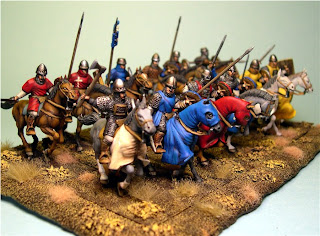 So now the rest of the week, I'm somewhat freed up.  So with that in mind I'm going to finish up two minis an Avatars of War Dwarf and a 40k Ork.  Then I'll see if I can get a Viking all done for the Adepticon Paint Contest.  I don't really expect to win anything, but you cannot win if you do not enter.  Tuesday night is open track night, and I'm excited and nervous all at once, that competition bug is calling and there is a need for speed.
Posted by PsychosisPC at 10:12 PM 6 comments:

Its spring and the Crusade grows.  The following are more of my Conquest games miniatures, mostly converted. 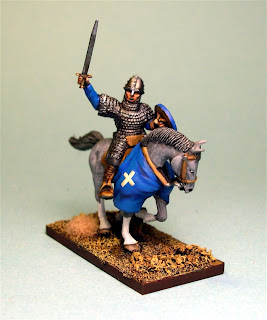 Pic above of the shield.  Below another of the conveted Knights.  The one thing I'm noticing a bit painting the Conquest Minis is that they are easy to paint.  There is one small flaw that keeps showing up in the minatures and thats the mail sleeves are lacking a bit in depth on the molds. 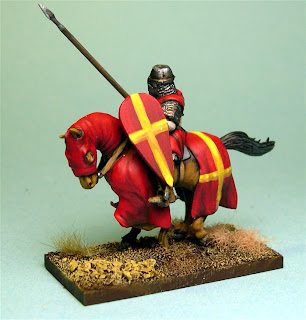 Below you can see more of the horse conversion.  I also added the surcoat on this rider. 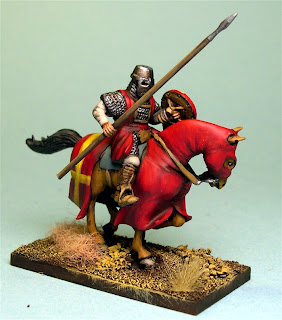 Below is the other red one, set more as a sergeant and not a knight. 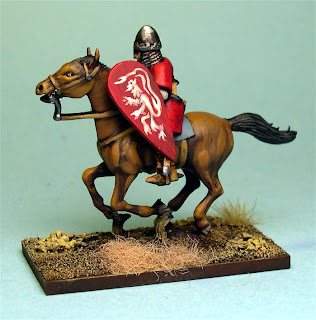 I like this pose, quite cool looking for the right flank of the formation.  I'm sort of avoiding adding a bunch of crosses. 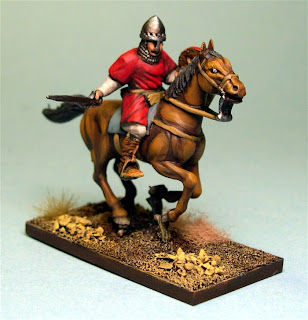 This is an interesting one.  Conquest Games makes these as Normans, and in their time period they were not known to couch their lances, used them essentially as spears.  This one I used a spear arm from my Gripping Beast's plastics and it sort of looks like a couched lance. 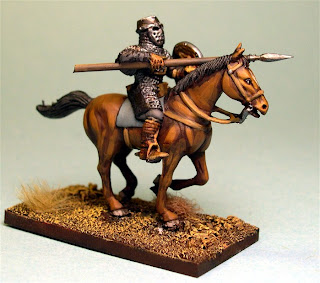 That's it for now, hopefully the next time you see these it will be as a full unit.
Posted by PsychosisPC at 1:26 PM 2 comments:

In the previous Old Stuff Wednesdays we saw two of my other Khorne marked Wargors.  This one came a couple years later, Wargor #3, the great weapon beastman character.  I really liked this miniature, so I did not really change it up much. 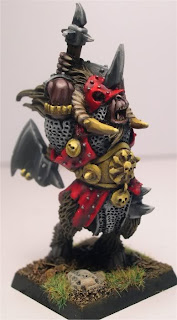 I did a bit more cloth on this backside of the model with greenstuff.  My style of painting had evolved so much from when I first did a whole lot of pieces in this army.  My style got a bit more sharp and controlled. 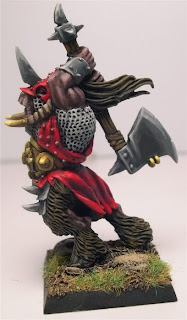 And this is one of those miniatures that just sort of paints itself. 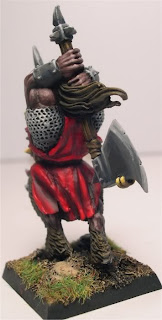 So there you have it, another piece from my Khorne Beastmen.
Posted by PsychosisPC at 5:54 PM 2 comments: