Seems like I've been on a Nurgle run lately, having fun with all of the different looks. Its quickly becoming my second favorite thingto do with chaos space marines, behind the Wordbearers. 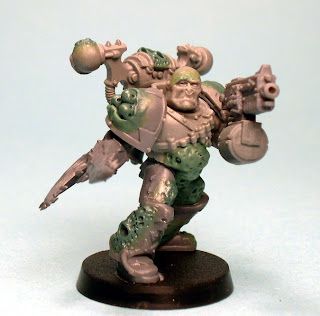 The Nurgle Ogryn conversions I did a while back really opened my eyes to using a few more techniques in creating them. The detail of the Forge World nurgle stuff is simply awesome. 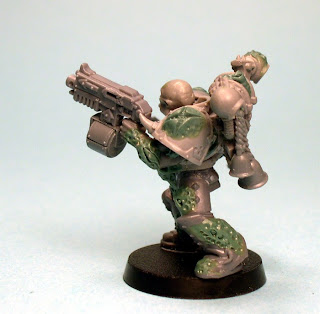 Since doing a bunch of conversions up, using the plastic ork nobs, I have a bunch of these magazines left over, so I thought a drum mag would look on the bolter. 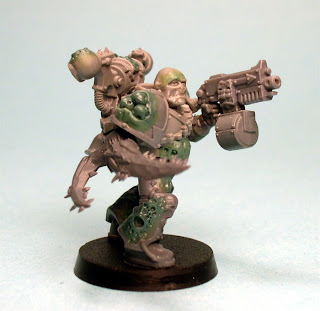 Next up, probably more chaos, but I also have a Batman Space Marine that I'm working on. The Predator will also be coming soon.

Posted by PsychosisPC at 5:43 PM No comments:

I normally don't stray outside of chaos, orcs, and spacemarines very often when doing commission work. My thoughts are build what you like so it doesn't become a job, but is something that is fun. Then someone that I've done work for in the past approached me with the idea of doing a war litter for his upcoming Skaven army.

I immediately thought Stormvermin, and thought this would be a fun and cool project. 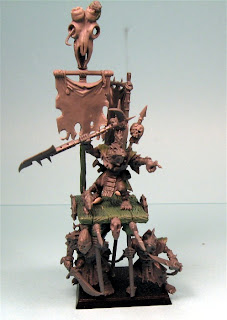 It does fit on a 40mm base which works well with the Skaven. 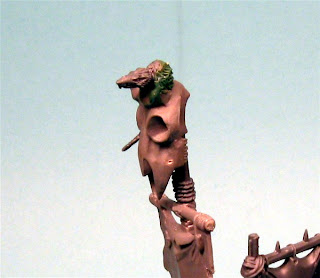 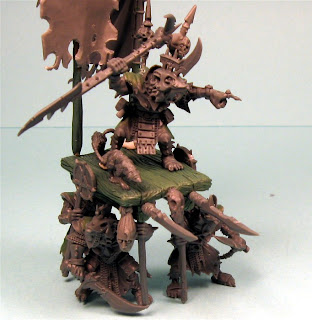 Doing this project has given me some ideas on what to do with my orcs for fun. 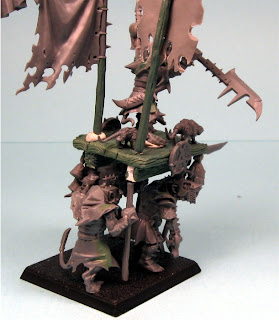 Now I also have a bunch of blades and more Storm Vermin to use up as left overs. Maybe I'll build another and I have an idea for all of those Storm Vermin Halbred blades that ought to look really cool on some Chaos Spacemarines and Knights. 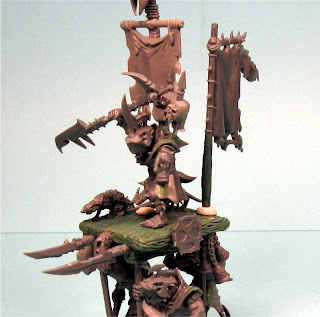 Simillar yet different than the other one. Much like the other are the GS techniques. Really digging those 8-pointed star and chaos icons from the chaos marauders very cool bit. 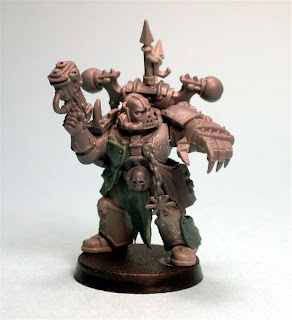 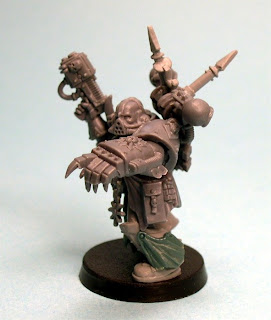 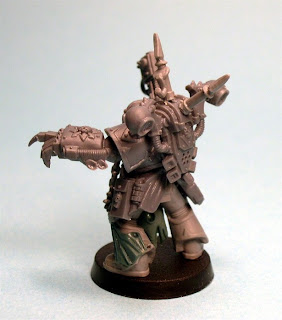 Posted by PsychosisPC at 7:24 PM No comments: 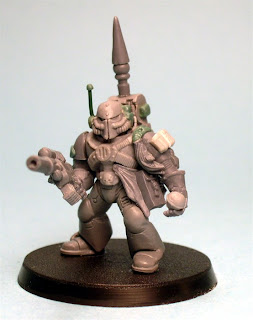 He's back. I did a little preview head shot of the figure quite a few posts back and then the figure got set aside for quite awhile on my desk full of unfinished models and conversions. 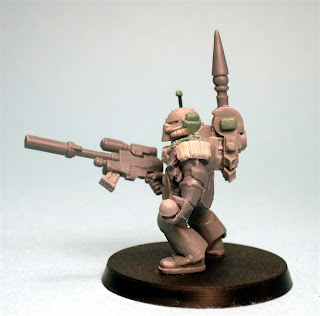 So now I finally got around to finishing him off. Being a big Fett fan, this was a lot of fun to model. Lots of bits from a variety of things were used to create it. 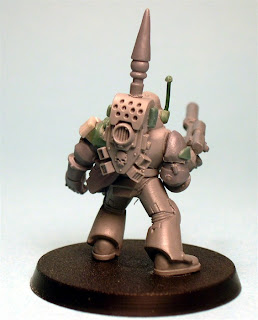 I have no plans to actually paint this model, and have actually put it up on eBay for sale. Links to my stuff that I'm selling can be found by going to the Madhouse Forum link and ebay / for sale section of my forum. Alot of the 40k marines I do end up for sale or on ebay, as I don't play 40k and spend most of my paint time on fantasy and historical figures. 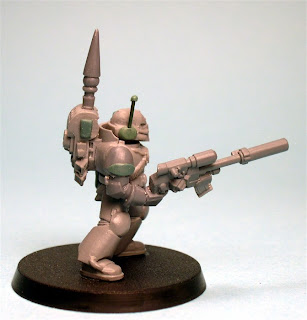 Posted by PsychosisPC at 6:35 PM No comments:

On a Converting Kick...Messing with Chaos

Last couple of days I've been on a converting kick in 40k, been getting some things out of my system and using up a number of bits laying on my desk. I enjoy making various chaos spacemarines, they are always fun to build. Wordbearers are probably my favorites: 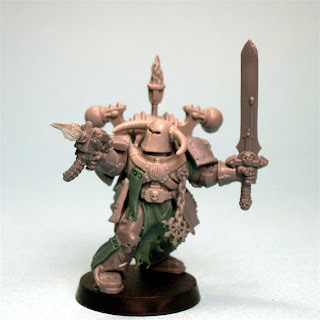 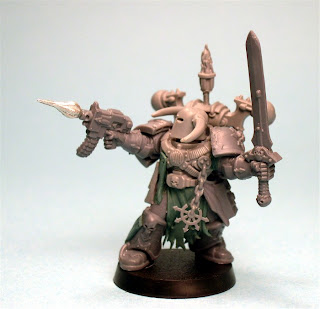 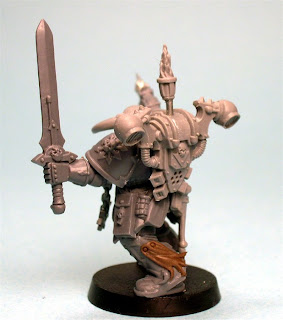 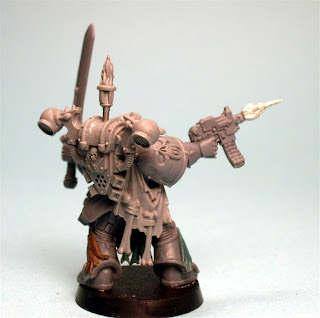 Received a little sampler pack of gun bursts at Adepticon, by one of the sponsers. If I was doing a 40k army I would be using them all over the place on my mini's, really cool effect. The GS and BS pieces lay out on a plastic piece of film that the GS comes with. Wet the film, flatten out the putty, cut to shape, add the tears and then peel and apply to the mini. I actually add the wrinkles and folds and such on the miniature.
Posted by PsychosisPC at 2:16 PM No comments: