A little something that I wrote up for use by Wargames Illustrated.  Its about the time when I was crazy enough to convert some beautiful Perry Bros. miniatures in to a time period that moved along a little bit in to the future, so to speak.  Enjoy.

Link to their web page

Posted by PsychosisPC at 7:11 PM 4 comments:

I'm definitely into EIR and I like plastic models.  I was very much into the EIR's that Warlord Games released a few years ago despite their short comings, pun intended.  Back then I thought they had good detail despite a couple of poses having some serious problems.  The big issue with them was the scale.  The scale would have been fine if their Auxilliaries were giants in comparison in size.  Anyways enough about that.  This review is about, in my opinion, some awesome plastic multipose models.  It's sort of a two for one review of Victrix's Attacking and Advancing kits.  Both of which are 25 models strong.  Both kits come with a Centurion, Aquilifer, Optio, Cornicern, Signifier, and 20 Legionaries.  Ah, but that is not all, the Advancing kit includes helmet crests for making Praetorians.

So onto the sprues, what do you get.  Each kit includes a Command Sprue for the Centurion, Aquilifer, Optio, Cornicern, and Signifier.  They also include both bear and lion skins for the command model. 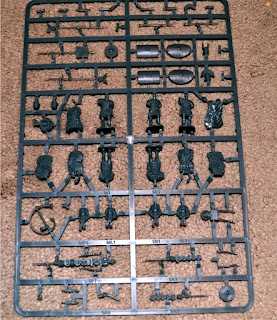 Each kit also comes with 5 sprues of Legionaries.  Below is the Advancing sprue. 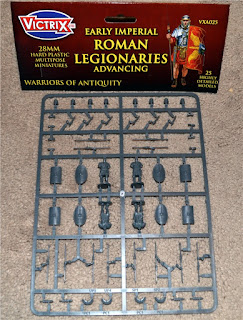 Below is the Attacking sprue which also comes with a head option having the cross bars on the helmets. 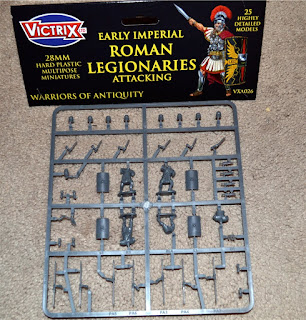 As you can tell the Attacking are little bit more dynamic.  The Advancing are obviously in a marching style of pose.

So once assembled you get a good variety of models.   I went for a kit bashing concept with the two kits to assemble to units to fill out my Roman army.

The two on the left are from the Attacking Sprue.  They have the pant legs. 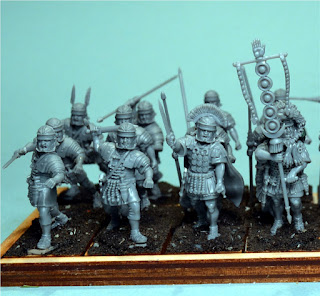 I really love the looks of these, and the scale fits with what Victrix is doing in their other ancient lines.  With this size, it should make them much easier to paint all of the fine detail than say the Warlord Games models which we will compare in this review. 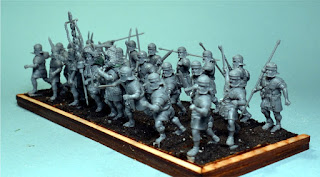 Below you can see the guy on the far right is from the Advancing sprue, a bit more stale, but no pant legs in comparison with the Attacking. 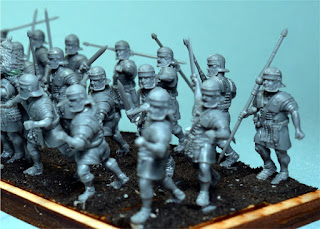 The detail on all of these models are extremely crisp, great undercuts, great and easy to pose models. 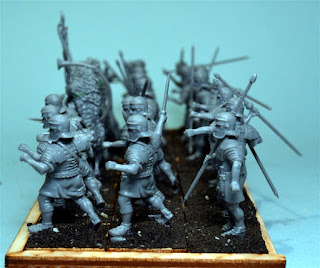 The models themselves are very easy to clean up, there was very little in the way of mold lines to remove.  One word of caution though, is to be careful with the pilums and and standards as they are a bit slight and fragile.

Below you can see how they compare in scale to various other models, Romans, and otherwise.  On the left and right are the Warlord Games standard bearers. 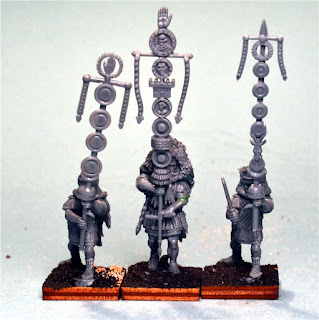 A side shot comparison of the standard bearers. 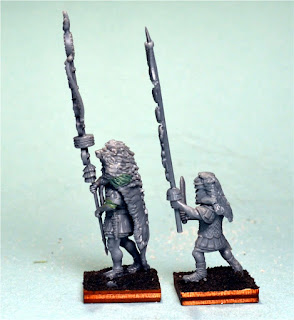 Below are the Victrix: Attacking, Warlord Veteran, and Warlord EIR Metal. 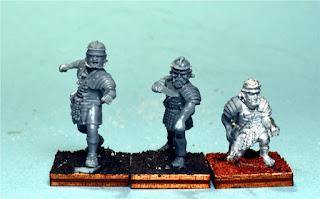 Below the Warlord Centurion and the Victrix. 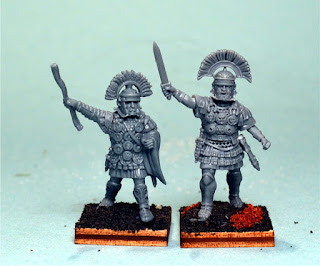 Below the Warlord Musician and the Victrix. 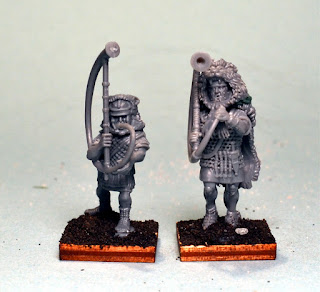 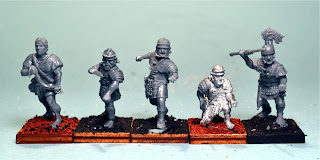 A bit more of a close up. 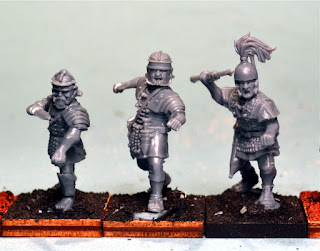 A comparison of the Victrix and the Warlord Republican Roman 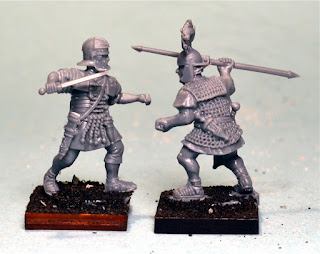 Comparison of the Centurions. 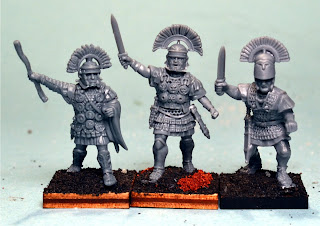 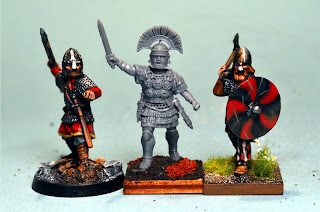 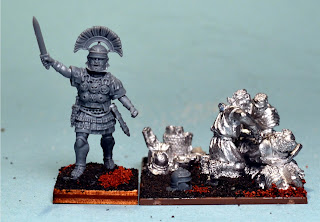 Victrix vs Warlord Legionaire fixed posed.  The right is my conversion to fix my least liked Warlord plastic EIR pose, to make the model stand more at attention. 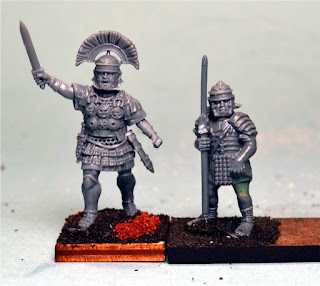 And finally the Victrix shield vs the Warlord Shields. 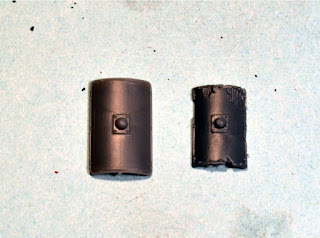 I did not have any Foundry EIRs on hand during this, but having had them in the past alongside of my Warlord Games EIRs, I'm sure the Victrix are bigger than them as well.
Posted by PsychosisPC at 6:18 PM 11 comments: