Last month or so has been pretty busy, been working on my car, karts, house and other things, but I did clean up and assemble a whole bunch of Romans, as well as a bunch of Saxon Miniatures, Saxon Warlord line.
As you can see in the pic of the Romans, there are a lot of the legionaries assembled, all of which are Warlord Games models.  After seeing the Victrix model preview, I kind of wish that I would have waited, but I did get a really good buy on these off of Ebay, about a 1/3 of the price of the brand new army box.  I also have a couple of RAFM onagers that I assembled a crew to man them from these plastics and a couple more scorpions.  Also as you can see in the pic while I was watching something on TV, I decided to fix the pose with the arrow by it on a lot of these, by standing them up more straight.  More on that conversion later.


Below is a pic of the Saxon Warlords, actually only a portion of the Warlords, as I pulled out a couple to include in my early crusades army that has a sort of Norman feel to it.  Also buried in there is a Warlord Games Celt that I converted to add to my Viking horde.  I’ll have a more detailed review of them later and size comparison shots with other manufacturers.  Some of the models are very nice.  A few of them have some casting hick-ups with smoothness in the capes that need to be filed and sanded.  No real mold lines problems and flash to speak of.  I do like the Saxon Miniatures’s Saxons.  My Saxon army is one of the next ones that I have primed and ready for paint, these will be added as characters and such. 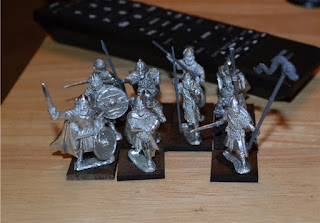 Posted by PsychosisPC at 9:24 AM No comments: 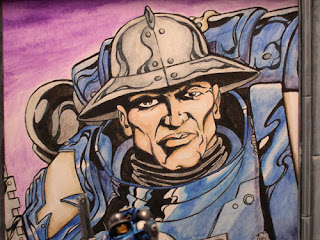 Many years back I did a test sketch for one my 40k armies the Cerulean Templars.  I believe the sketch was done in pen &ink, water color, and color pencil. 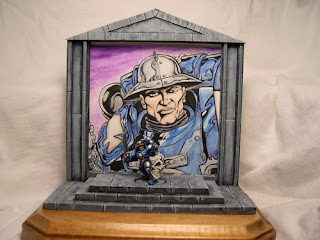 I actually built a spacemarine to look like the concept sketch 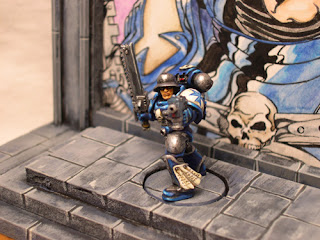 Posted by PsychosisPC at 8:28 PM No comments: