So I recently complete part of my Chosen unit, basically of the rank and file models, none of the command. 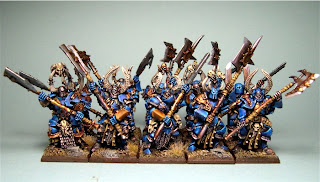 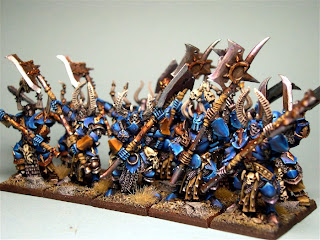 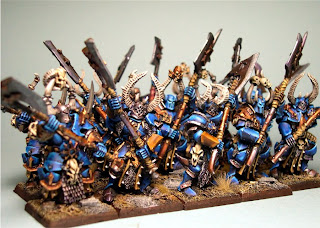 I stayed with the primary blue scheme on the armor and the burnt orange for some of the lesser parts.  These are the all metal models, none of the so-called Failcast.  I've had them for years. 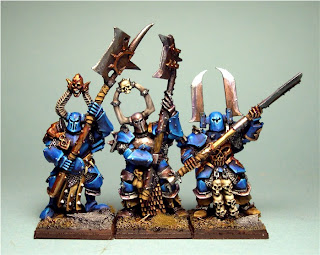 A took a bunch of closer shots of the models in smaller groups.  I attempted to make each one somewhat unique in color scheme and also by just doing simple head swaps with Chaos Warriors and Chaos Knights. 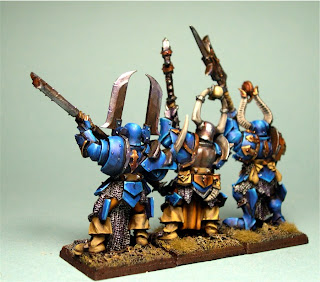 I think the weathered metal turned out pretty good and the brass/bronze is the same recipe that I used on my Khorne Demons. 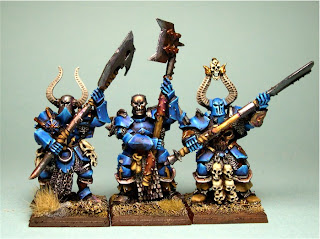 One of the things I attempt to do with the color is to make it pop, its kind of like a poor man's attempt at painting the so-called NMM.  Below is a bit closer shot.  I'm highlighting the blue upto to a very blue white color, never using pure white. 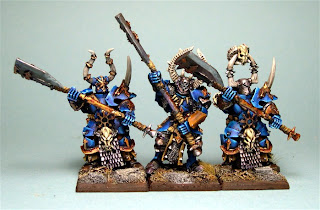 I'll continue this whole color scheme into the Chaos Knights and Chaos Warrior units also, no matter what mark they carry. 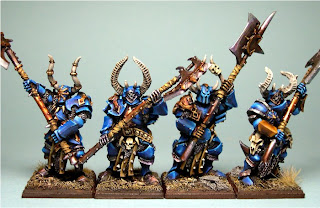 Below is a good shot of the backs of the models and how I do the really rounded areas of the armor. 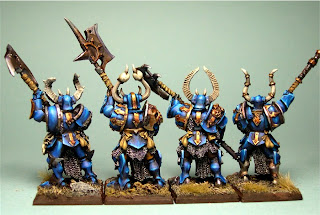 That is probably it for this week, I'll probably be back around next Monday with some more Christmas goodies.
Posted by PsychosisPC at 7:32 AM