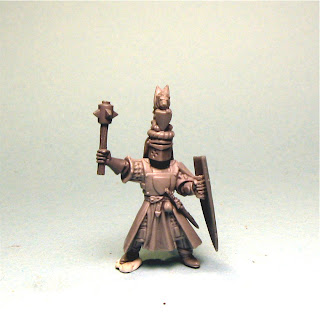 Originally when I had first started this project, I had planned to use knights on foot in place of the Grail Pilgrims, a sort of "counts as" for the army since I really did not like the pilgrims.  I will probably still do that, but it will be much better looking knight models from the Fireforge ranges.

The knight above is the simplest conversion using the peasant champion's body and mace, with a mounted knight's shield.

Below is another of the character bodies from the peasant box set. Another simple conversion, this one uses a warhammer from the Empire wolf looking knights. 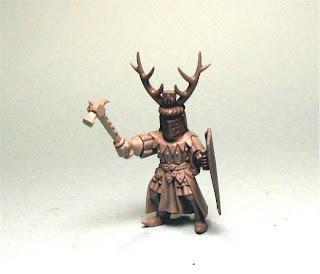 When you do this type of conversion you may need to modify and add the head dress draping. 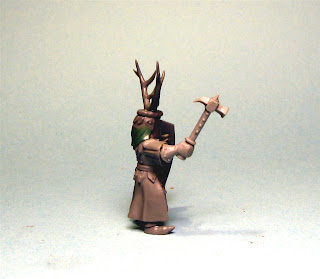 Below is another of the knights that would have been used in the more rear ranks.  The helm on this one is one of the hanging bits with the chain simply removed. 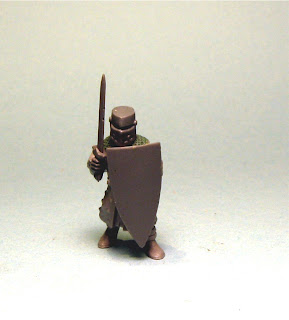 A little bit of mail sculpted around the neck.  Another thing that you may need to do when doing these conversions is to add some GS putty under the helm around the neck areas if you have some gaps. 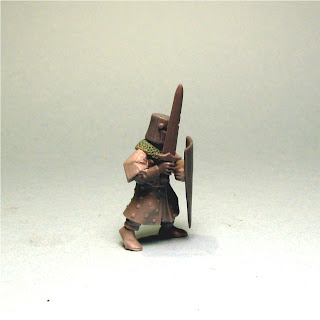 Below a view from behind of the mail.  The shield is a an extra from Fireforge. 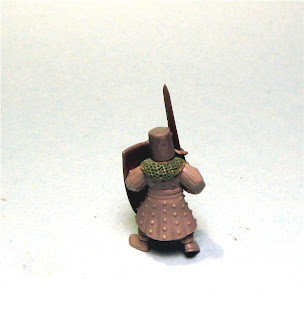 And below, another of the easier conversions using the champion body.  This helm has the decoration removed from it and the shield is cut down peasant shield. 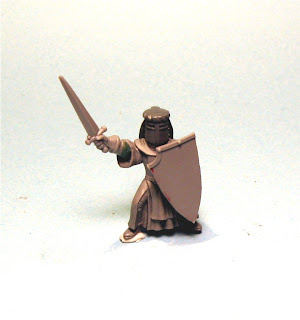 That's it for now from the aborted project.  And again these will be going up for auction.  I'll post links to those auctions in near future.
Posted by PsychosisPC at 5:00 PM