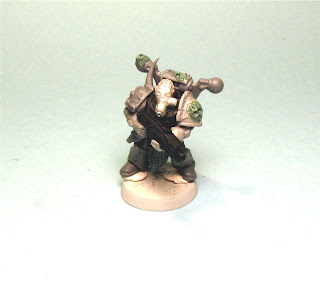 ....to join the legion of pestilence.  It's been awhile since I have done a nurgle anything.  So I thought as the last of my chaos space marines were getting modeled up that I had to model one with this cool looking head from the Bugman and Battle Road. 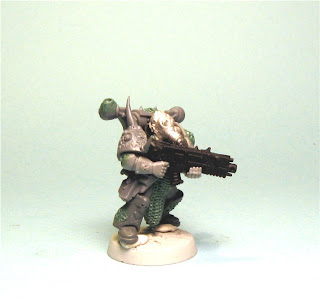 I then added some nurgle effects to the armor, and also that extended boltgun that I found in my chaos bits box.  Not sure when or why I made an extended bolter but it was a cool bit. 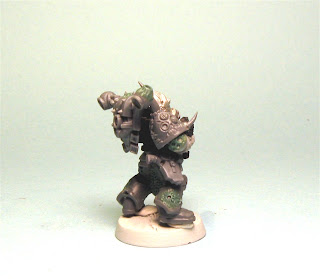 Above you can see some of the nurglely details. 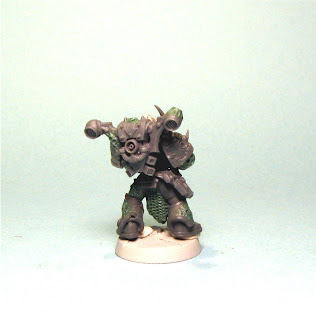 Below is the left side.  Most all of the nurgle effects that I do are by using a ball stylus sculpting tool and a mechanical pencil after smoothing some greenstuff over the area that you wish to nurglefy.  The reason I use greenstuff for this type of sculpting is that it is the best in my opinion for holding these more organic (putrefied) shapes than say brownstuff or Procreate. 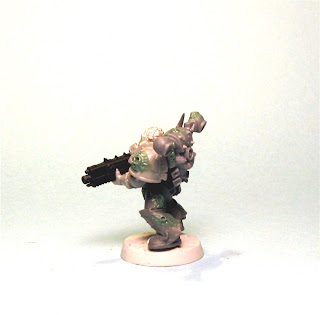 Below is a straight on shot of the marine.  You can also see the mail that I sculpted in the front.  Greenstuff is great for this also.  The other thing that has to be said about GS, at least for me is that I can see it easier.  The neutral gray of Procreate is very hard on my eyes, and the brownstuff is also hard to for me to see well. 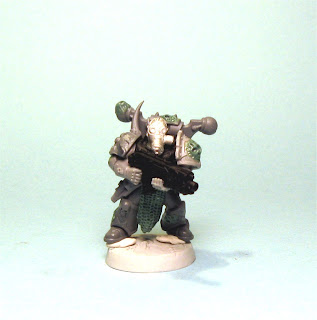 And to cap it off is this base, something that was in an Adepticon gift bag.  Don't know who's base it is but it certainly has that chaos look to it. 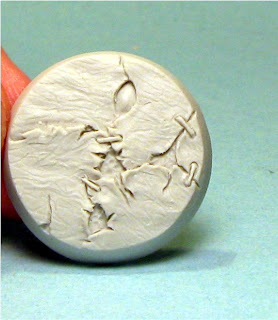 This piece will eventually go up for auction on ebay.
Posted by PsychosisPC at 4:30 PM