In one of the more recent posts I had shown some work in progress of the painting of my marauders, and I will probably show some more of that later on today or tomorrow. But, I thought I would back up just a bit and show a few of converting shots prior to paint. 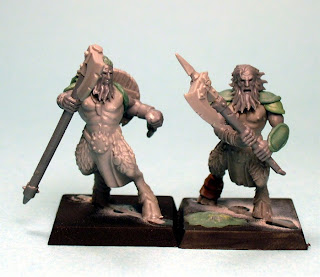 With my chaos warriors I'm really playing up the mutations throughout the army, using all kinds of kitbashing. The one thing I found long ago was that scale wise ungors and flaggellants are basically the same, so that lets you do things like the above.

This guy is one of my new favorites, and yes he will rank up with the others. Again another kit bash. The new gor bodies are very much adorned with more details than the older ones. 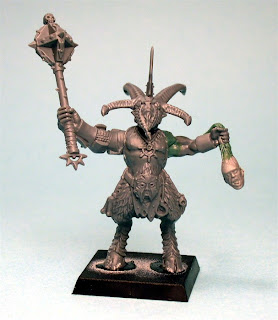 I'm also a big fan of axes, and the new bestigor axes are quite cool in my opinion. When you put the marauder heads on the gor bodies you do need to fill the gap with a little GS to make a neck. Fairly straight forward. 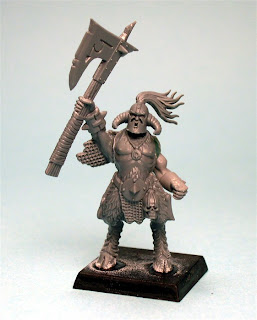 Not sure what I was thinking with the guy below, but he fits the bill of my mutants. Remember that armor tutorial I did, well here's another model using that. 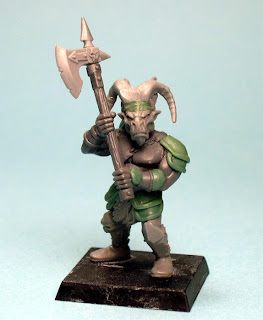 This guy is my absolute favorite of this batch of conversions. He screams chaos and barbarism to me. Not really a mutant, just an ultra cool conversion, and he fills the barbaric bill so he made the cut. 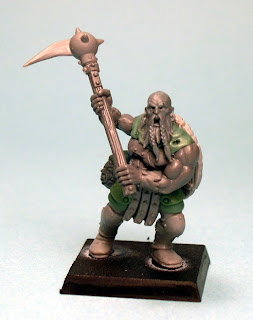 Next up more the WIP on the paint work.

Played my first game of 8th edition, as part of team battle in which we were all attempting to learn the new rules, 1000 points per player, so it just happened to turn out to be Warriors of Chaos teamed with Warriors of Chaos against my Warriors of Chaos teamed with some all Khorne Demons of Chaos. We lost but it was kind of close and we definitely had some army build issues that worked with last edition but not so well this addition. Khorne Demons were killed to a man. One of the stars of my game was my Spawn that ran off a unit of Marauder Cav and was chasing down another at the end of the game. Ran a pair of chariots and they are almost always underestimated on how devastating they can be when charged as pair at one unit.
I liked somethings, somethings I didn't like. I don't like the new charging rules, I can tell you that. I really don't think there was really much wrong with it before, but the new charge distances are too far over the top in my opinion. I liked combat the way it was, now I almost think its too fast, but I can live with it.
I've never been a big fan of the magic phase of the game, I think they missed on correcting this phase. Not as bad as thought though on the magic, but its still too over powered in my opinion, and very annoying phase.
I do like the new frenzy rules. Do need to play a few more games to get the hang of the changes.

Posted by PsychosisPC at 9:29 AM