I don't know how long that I've had the Slaanesh champion backpack and sword arm.  Its sat in the box for an extremely long time. 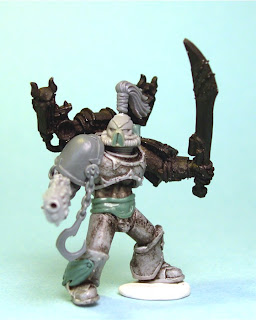 I have a slaanesh spacemarine head that is a bit different, it will get used on another conversion.  So I decided to make a head that looks similar.  You also notice if you closely that this model actually has a set of abs inside of the GS girdle. 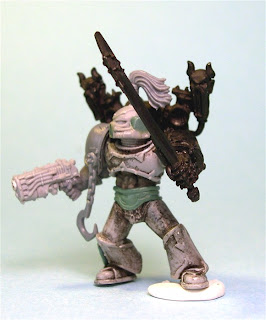 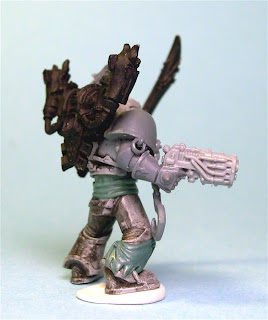 And again a draping on the leg.  The next Slaanesh mini will be in a much cooler pose.
Posted by PsychosisPC at 5:57 PM