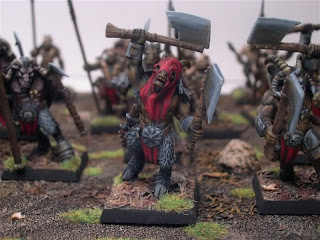 Well way back in 2003 I created this Beastmen army.  I still own all of the Gors, they are very much special to me.  One thing I noticed as I was looking through these old photos, is that I really never took very good pictures of them.  So maybe next month I'll take some new pics of some more of these models. 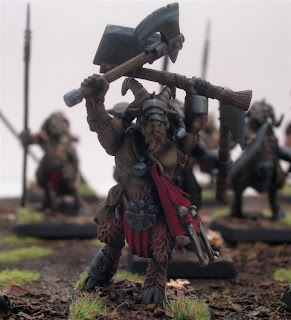 Every Gor in the army was converted in some sort of way.  Mostly it was the time that I was just learning how to sculpt armor plates and some other things. I seriously love the face of the model below. 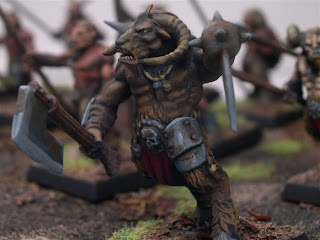 Below is one of the musicians.  The basing shared a theme that Mike Butcher and I used for a team up in Adepticon's Team Tourney in which he did some very evil wood elf Tree and Dryad army.  And the commonality between the two armies was that we used the same style on basing.  That is probably one of the few things that are alike in Mike and my paint styles, other than we used paint, brushes, and water; otherwise everything else is much different. 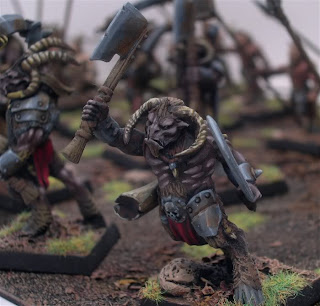 And a horribly small group shot.  Next month I promise that we will revisit the beasts with the best of my Gors and new photos, not these from 2003.

Posted by PsychosisPC at 6:11 PM