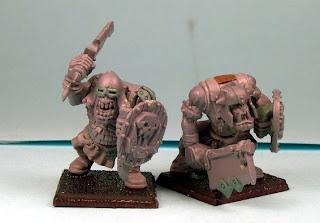 I've been converting lots of fantasy orcs lately, as I'm doing a bit of commission converting work and also building my own army. These are a few of the commission orcs, I'll have more pics of them and the unit in the next few posts. 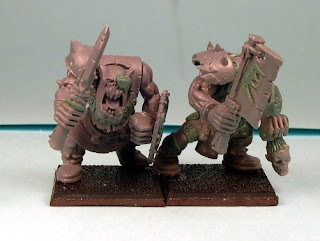 Every single orc has been converted in some sort of way, not a single one looks the same or will be repeated throughout the units. 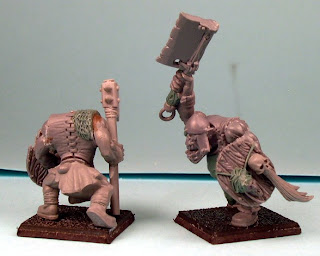 Wish these boyz had a few more weapons that might be the most displeasing thing about these models, is the lack in variety so. Weapon and head conversions are very needed. 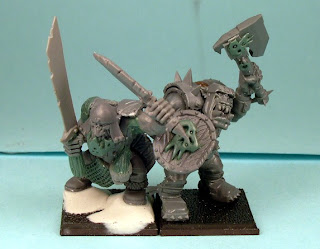 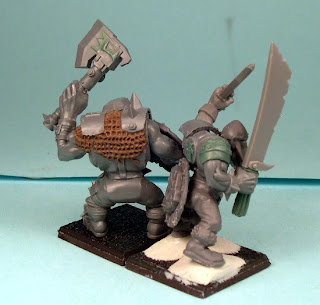 The one pictured above is sort of my homage to Victoria's wonderful orcs that she did years ago, I think you can still find them on coolminiornot.com
I've got two units of 25 to build and also a unit of goblin wolf riders. Also started building the black orcs for my personal army. 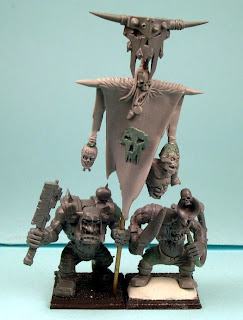 I think the ork 40k bike icon looks pretty cool as a banner icon. I'll be using that idea when I build my army.

You'll note the undead parts strewn about the figures. The commission was for the orcs to essentially beat up some undead for a bit of eyecandy. So I have incorporated zombies in this unit and skeletons in the other unit. 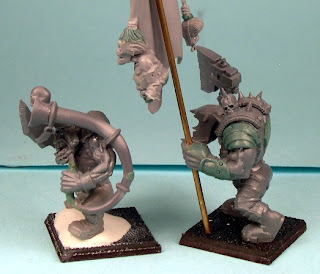 You'll also see some converted 40k Nobs, these will mostly be used in the front ranks. The big boyz are the toughest and up front. And they barely fit on the 25 mm bases, and barely rank up. 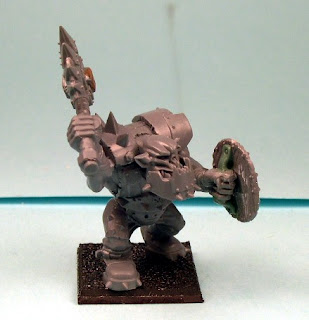 I'll also be doing the typical orc fighting orc in the back ranks for more eyecandy. This is just the beginning.
Posted by PsychosisPC at 5:25 PM