Been very busy of late with commission work, so not much head way on my own stuff but I do have some things show.

I've had a few space marine bikes since I did my Templar army a long time ago and never put them together, so I thought I would play with that model a bit for fun while building a bunch of commission stuff. 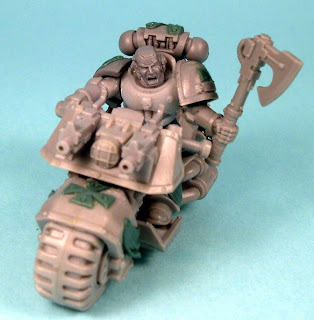 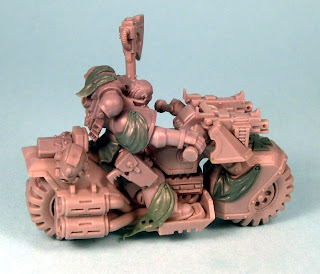 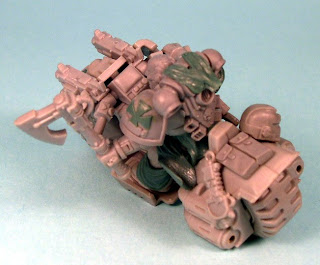 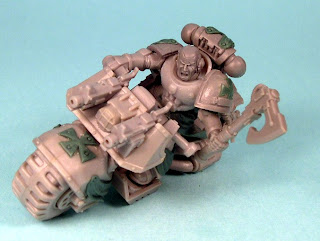 Haven't mad much progress on the orcs, but I have been playing with a few things to distinguish the heads. The goal with my orc army will be not repeat a single model in the army. 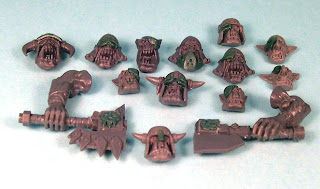 Posted by PsychosisPC at 2:57 PM