Quite a while ago I did some posts focusing on my first major 40k army, the Cerulean Templars. When I say major, it’s because it was the first army that I really took my time constructing. I recently on the warhammer.uk.org forum and someone there had posted that they wanted to do a 40k army and like the GW Black Templar theme, but hated the color scheme. So it reminded me that I never finished the bit of nostalgia that I had previously started.

In a previous post I had shown the first couple of units and my land crusader and rhinos. This next group of miniatures are the old OOP Terminators. 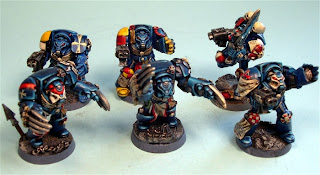 As I started painting them, I got to thinking about fluff for the army and ways of distinguishing them more. Sort of spinning off with some heraldry. 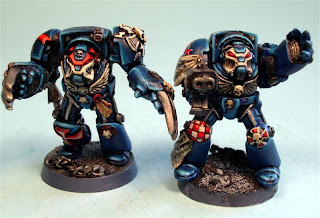 I could see Space Marines in their fancy colored armor running around with a sort of heraldic device painted on them. So I experimented a bit with my paint scheme. 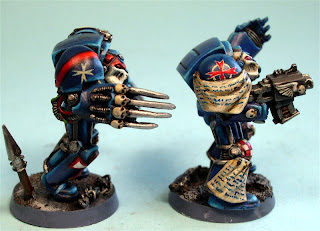 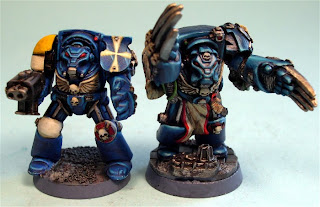 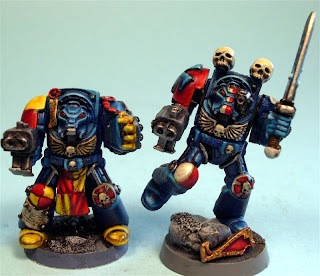 My assault squad, almost looked out of place, but still had that Blue and White scheme carried through: 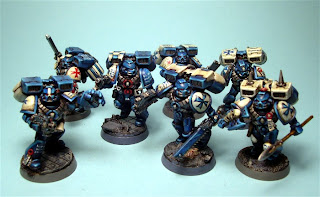