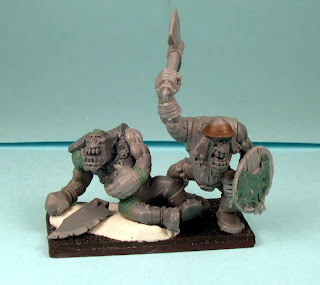 Well to kind of wrap up the first unit of the commissioned orc boyz are some of the miscellaneous pieces and some additional pics. I did like the looks of that wounded orc in the Empire box, so I thought I would build one of my own for this unit. 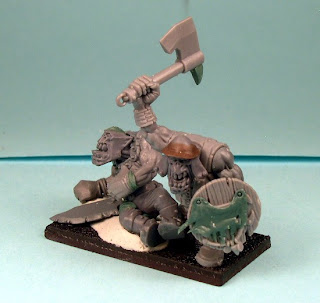 Again just slight changes to the heads and weapons. Also had decided early on to use some different shields. 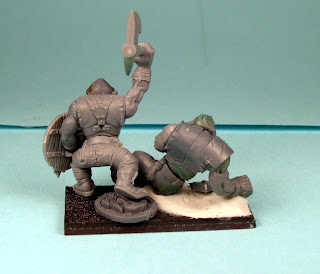 Different angles of a pair of models that are in the front rank. One of the nobs...kind of doubling as a big 'un or possible boss/champ. 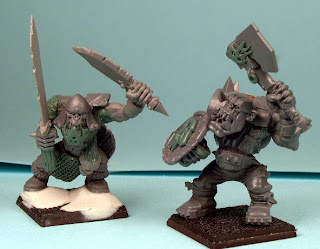 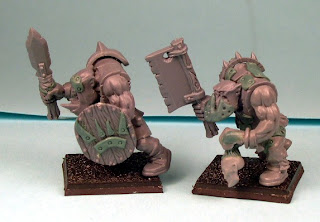 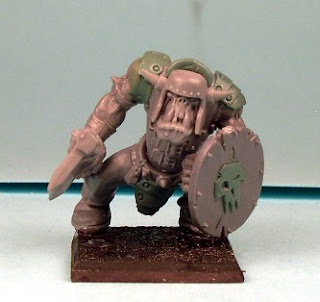 As always much more to come. After yesterday's tournament, I'm not sure that I will play another until I have new army, one that is suitable to 8th edition.

Posted by PsychosisPC at 5:13 PM