I've had this miniature for a long time, a Warlord Games, Imperial Roman Officer.  Its an okay miniature by itself.   The miniature has some problems though such as the hands and the head, otherwise its just okay. 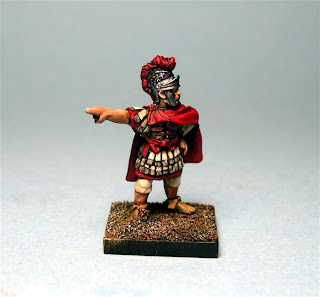 Much like the Roman Tribune that I showed previously I intend to rid myself of this model.  Although I like the Foundry model, I can't say the same for this hunk of metal.  Probably get rid of it after the first of the year on Ebay or if someone wants to make an offer on it. 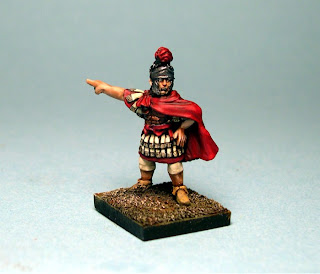 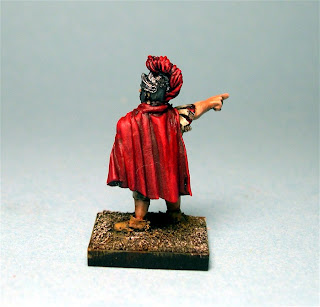 Now onto the rant.  Its all about SCALE, something that Warlord Games apparently sucks at.  I really want to like their miniatures, but after working with them for 3 years, I don't like them.  This officer is another example of their poor quality control in the scale department.  Their plastics are already small to begin with, but this model in my opinion has a shrunken head and enormus hands.  Below is a comparison shot with a plastic model. 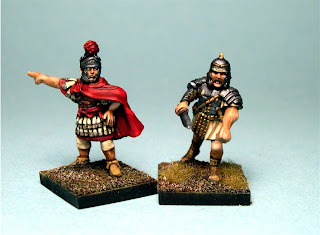 I can not recommend their Romans.  Yes they are better than War Factory Games, but that is not saying much.  To say that Warlord Games has disappointed me is an understatement.  I said this to a friend of mine the other day, I'm done with them.  I have a box of Praetorians that I'm dreading even working on, after that box is done, that's it.  They are off my list of Roman miniature manufacturers....
Posted by PsychosisPC at 9:03 PM