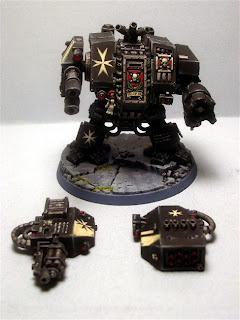 Circa 2004.  This is the third Dreadnought that I had painted.  I already had one for my Cerulean Templars and really did not need another.  So after painting the old metal one in a Black Templar scheme, I decided to do this one in the same style, with the additional arms.  The plastic dread is much nicer to paint than the old metal dread.  After I finished this I sold it to someone.

Below is the assault cannon arm, I really like the two tone cross on the armor.  I think that is a really cool way to do crosses. 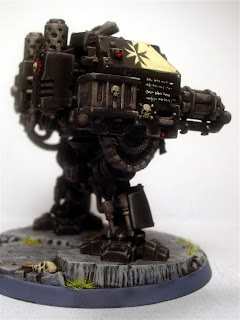 Nothing spectacular in the back. 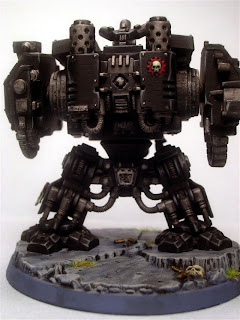 I did the stripes on the other arm, similar to the previous dread. 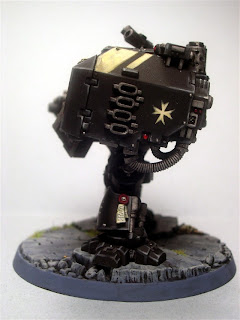 The front has alot of cool details.  I do wish I had done the lenses in a color different from the icons and missile warheads. 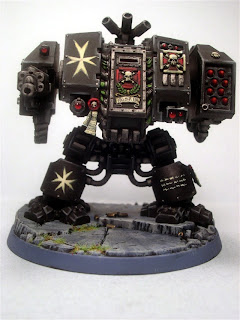 It was a fun project.
Posted by PsychosisPC at 5:30 PM