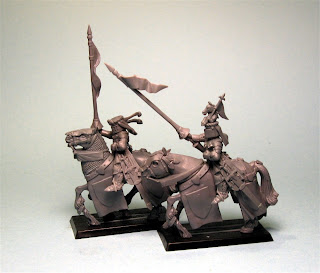 As I mentioned in a recent post, I'm cleaning out some partially finished projects, most of which will just be some modeling.  This is part one of the never finished Bretonian project that I started probably 4 years ago.  These models have become expendable since the release of FireForge's models.  Those are much more to my liking.  These GW models are just obnoxious in comparison. 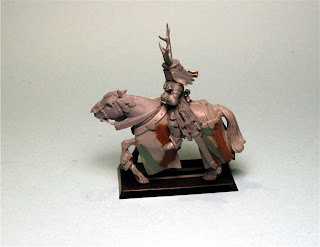 The knight pictured above and below was a start of a number of conversions that I was doing.  I really wanted to get rid of a some of the items that GW put all over the models, especially the horses.  So on a few I had started removing the obnoxious embossed shield crap that GW put on them, and smooth out the horse's caparison. 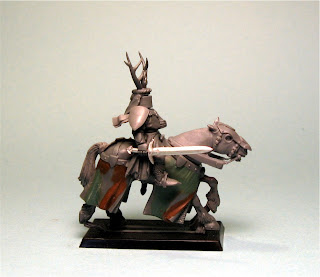 I also took to removing some things from the head dress on the helms.  I don't mind that aspect of the knight, but I had intended to build the army, never repeating a single one.  Sounds difficult....but there were some subtle things that could be done to change things up.

I will not be painting these.  All of these knights will be getting dumped on ebay soon.
Posted by PsychosisPC at 4:31 PM