One thing I always like to do are minor subtle conversions when building armies.  This is what gives you flavor and variety that others are missing.  This knight is one of those.  I simply cut off the lance and put his sword in his hand.   After all once that initial charge is over the lance is broken and done anyways.  The plan was to put broken lances on the bases and movement trays like they were just dropped.  The sword is from a Reaper Miniatures sword pack blister.﻿ 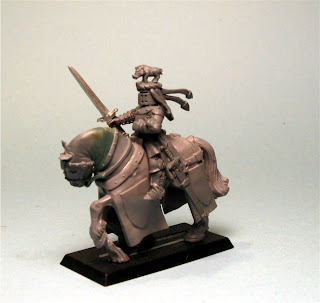 Also note the helm has the boar on it.  That boar use to have a sword in it.  But I wanted variety so simply removing that sword created just that. 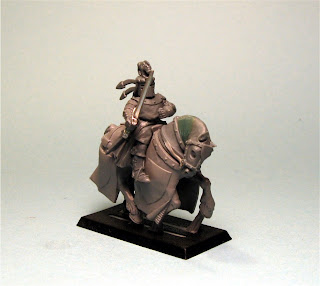 I was also playing with the positions of the horse heads to give a bit more variety.  It looks easier than it is to get that right and smoothed out and then to fix the reigns.  And is very subtle. 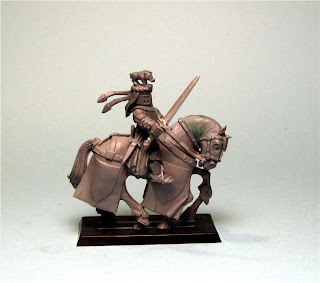 Another thing that GW did not do for the Bret knights was couch the lance.  I can understand why as far as ranking them goes, but really they should have that arm on the sprue. 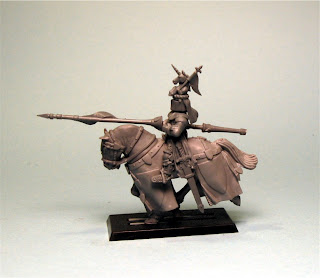 I decided to make that.  Its an easy conversion using the Empire knights couched lance arm converting it with Bret parts. 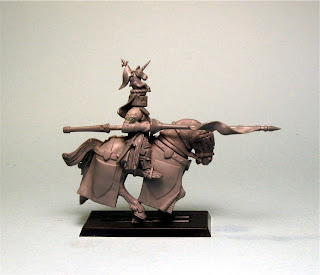 Below is another variation on the couched lance.  Also the helm on this one is something they should have also given as an option.  This is one of those that has the little tie and chain to it for hanging on the miniature, simply clipped off. 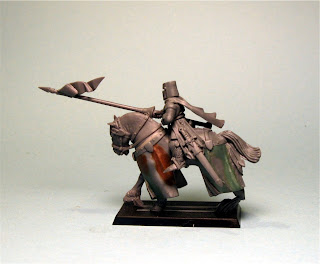 As you can see I also removed a lot of the icons from the horse and smoothed that out. 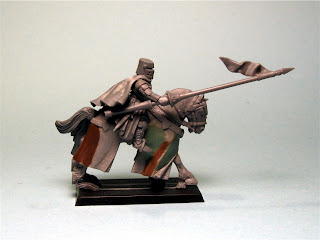 The cape again is something that GW should have as an option.  This cape is a left over from my FireForge miniatures.