This is the second batch.  Again I'm using chaos marauder legs with the space marine torsos. 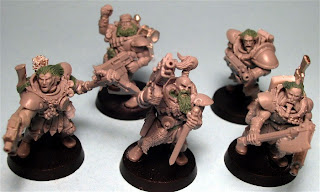 As with the previous batch I went with a bunch of gear on them.  There is also a variety of heads used in this batch.  Throw in a Catachan arm and some marauder arms. 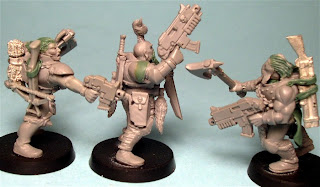 Makes for some buff scouts. 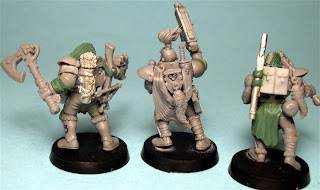 Here catch my grenade.  Both of these heads are from the Empire sprues. 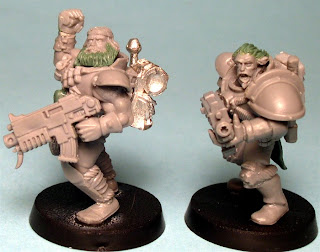 Thats it for now on the Chaos Marauder / Space Wolf scout conversions.

I will also probably be going black towards the end of the week, as I am moving once again and changing internet service providers with the move.  As well I will be living between two places until I get a bit of work done in the new place.  Not sure how long all of this is going to take, but I will be back and updating a little bit here 'n' there probably for the next 2-3 weeks until I get settled packing and then unpacking.
Posted by PsychosisPC at 8:54 PM